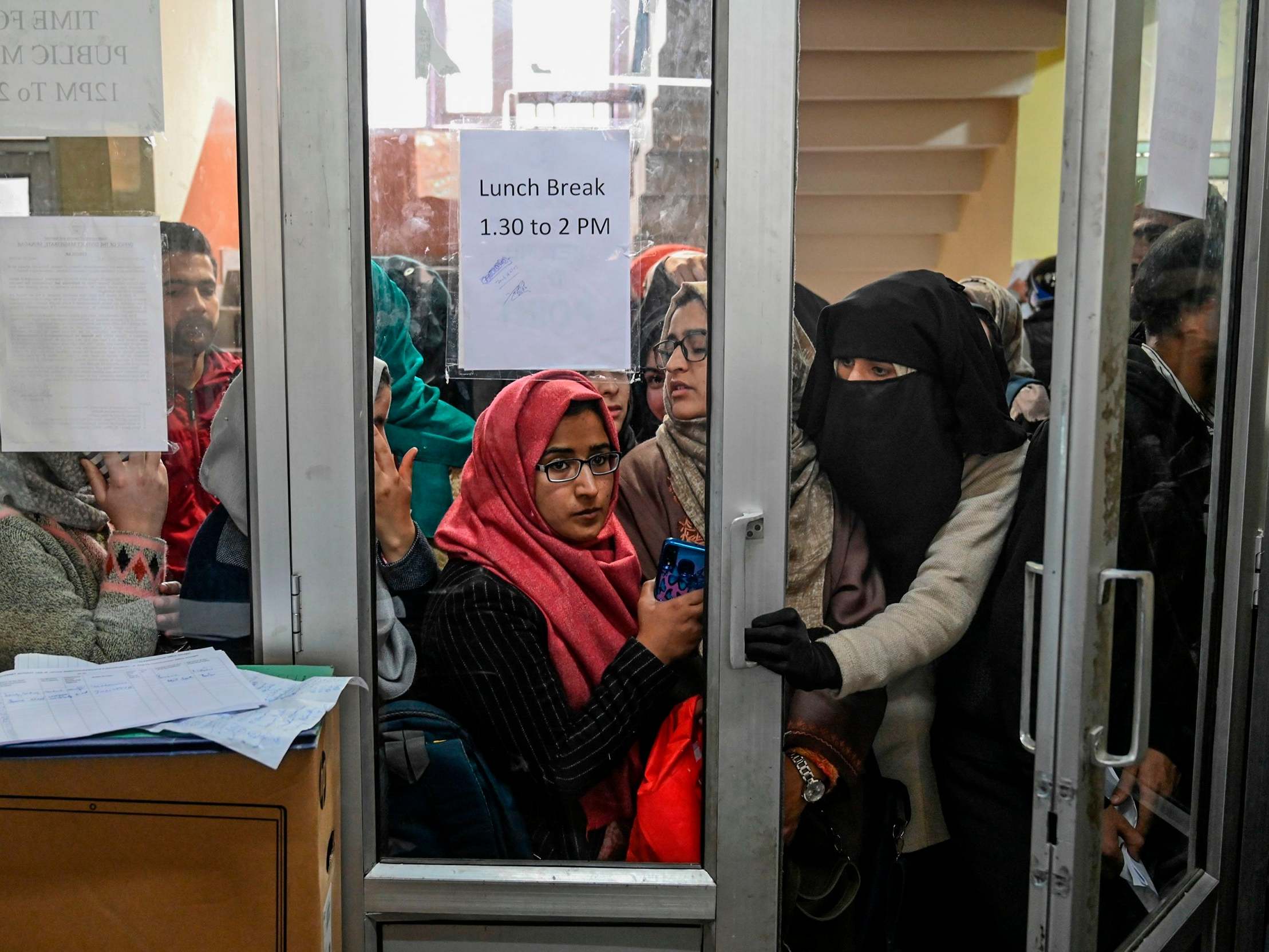 Humaira Yusuf is among the thousands of Kashmiri medical students hoping to sit the National Eligibility Entrance Test, which selects students for undergraduate medical courses in India. Her plans, however, have faced a serious setback.

“Internet shutdown is a great setback for us students. Online courses or lectures were very important to us. If we had a doubt in any chapter, we would watch video lectures on YouTube,” says Humaira, who has to call her brother in Mumbai every time she wants to search the internet.

On August 4 2019, the state of Jammu and Kashmir was cut off from the rest of the world. India summarily stripped the disputed region of special status that had protected its autonomy, and downgraded it into a union-territory, to be controlled directly by the government in New Delhi.

Supposedly to prevent the unrest, the government suspended all communications, including landlines, mobile phones and cable television. Although they were subsequently restored, the internet remains blocked. More than seven million Kashmiri people are offline.

Speaking via phone with a senior executive at the state-owned telecommunications company, he lamented that “we have become stooges of government. We do what we are ordered to do. Nobody is allowed to ask any questions. We may enter the Guinness Book of World Records now in the longest ever shutdown.”

Indeed, The Guardian has dubbed India “the internet shutdown capital of the world” – a title that data from internetshutdowns.in would appear to corroborate. There have been a total of 178 government-imposed shutdowns in Kashmir; during the 2016 uprising, when violent anti-India protests broke out in Kashmir, the internet was shut down for 133 days. The present shutdown of 156 days has set a new global record.

Before the internet shutdown, Humaira’s brother Kamran worked for a software company in Kashmir; he’d moved there from Bangalore to be closer to his family. After the shutdown, Kamran was transferred to the company’s Mumbai office. “My brother is very homesick,” says Humaira.

Mohsin Shah, a bank manager in Srinagar, is struggling to explain to his 5-year-old daughter why she can no longer watch nursery rhymes on his phone.

“Whenever she asks to watch YouTube, I try to distract her. What answer could I give my child? She does not understand that we are living in a conflict zone. Children don’t understand these things.”

The ban has devastated not only Kashmir’s citizens but also its economy. Tourism and e-commerce have been the worst hit. According to the Kashmir Chamber of Commerce and Industry, the region has lost an estimated $2.4bn (£1.85bn) since it was stripped of its autonomy.

“I used to send my customers in New Delhi photos on WhatsApp,” says Adil Ahmad, a businessman who deals with handicrafts. “But now due to the internet blockade, we are not able to communicate. We have incurred a huge loss this year.”

Meanwhile, Mohammad Ilyas, who works for an educational charity, says the internet ban has seriously impeded their fundraising efforts.

“We have donors outside India, in Europe and the Middle East. We generated all our money through our WhatsApp group. But now it has all ceased. We have so many students who need financial assistance but we are unable to raise new funds. We are helpless.”

The Indian government has defended the internet shutdown as a defensive measure to stop communication between militant groups. The local population is not buying this defence. “They don’t want the world outside to know what they are doing in Kashmir,” says Suhail Rather, an independent researcher based in Kashmir. “They have been torturing us, murdering and kidnapping young boys since the 1990s. They want to show their own narrative on Indian channels. Whenever the internet will restart, the digital media will be flooded with videos of the oppression that the Indian army has inflicted upon local residents.”

Many United States representatives, the United Nations and the entire international community have urged India to end the communication blockade in Kashmir. “The shutdown of the internet & telecommunication networks, without the Government justification,” tweeted the UN, “are inconsistent with the fundamental norms of necessity & proportionality.” So far, the Indian authorities have turned a deaf ear to these warnings – and seem unlikely to start listening any time soon.

The writer’s name has been changed to protect their identity.